The Choosy Beggars do not live in a sports household.  Sure, we may take wild stabs at fitness from time to time, but Tina’s and mine is not a partnership founded on a shared love of modern athletics.

When we first got together, my parents invited Tina to join our ongoing tradition: placing entirely uneducated bets on teams to win their respective playoffs — baseball, football, hockey, anything.  Watching the regular season of the sport in question is not mandatory (and seems to be a handicap, more often than not), and all that’s required to claim victory is picking the right team to win.

“Oh, c’mon,” I wheedled, “You don’t need to know anything about the teams.  All you have to do is pick between one and the other.”

“Aw, it’s easy,” I said.  “You know, my Mom uses a system where she just looks at the team names and decides who could beat what:  Giants vs. Vikings?  Easy, giants are bigger, they’d crush a Viking — that kind of thing.  It’s all in good fun–”

“You aren’t listening,” Tina cut in.  “How am I supposed to cheer for someone if I DON’T KNOW WHAT THEY’RE WEARING?” 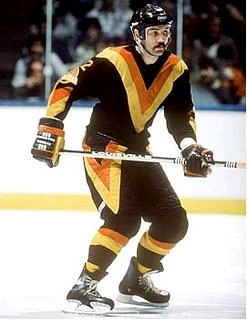 And so it was that I became aware of a whole new dimension of sports fandom, one that has almost nothing to do with the games at hand themselves.  It’s a shockingly liberating way to enjoy sports, one that removes the actual athletes, rules, and events of the game almost entirely from the equation.

The end result is still important, of course, but for wholly more interesting reasons:  Do the Chicago Blackhawks deserve their recent Stanley Cup win because they were the better team, or because their city has a more active tailgating culture than in Philadelphia?  Did the New Orleans Saints win the NFC Championship because they had a better quarterback, or because gold-and-black simply communicates winning better than purple-with-horns?

Is it a fascinating way to consider sports, and apparently an effective one:  I have never come close to winning one of our family pools since getting together with Tina; moreover, in the last NHL playoffs, Tina picked 11 winners out of 14.

I won’t tell you how I did.

So with all of this in mind, you can see how it is absolutely irresistible for us to embrace the World Cup of Football tournament for the next few weeks.  Even though neither of us know even the slightest thing about soccer — short of rules like “the clock doesn’t stop”, “ball in net means goal” and “everyone fakes injuries” — that doesn’t really matter.  What’s important here is the EVENT, the opportunity to talk about the huge collision of cultures and all the wonderful goodness that comes of it.

For example, do you remember the sheer number of people who were absolutely thrilled by the Angolan flag, the last time the World Cup was going on?  It straight up has a MACHETE ON IT, and everything about that is excellent.

This is a great example of flat-out awesome, and basis alone for cheering on a squad of footballers.  And why wouldn’t you?  They have a flag that is an open challenge to the banner of the old Soviet Union!

“Oh,” their flag says, “A hammer and a sickle?  That’s cute.  Must be hard when toughest vegetation in your country is WHEAT.  Excuse us while we BRING IT.”

That’s an exciting reason to root for a team, and frankly a more interesting one than which Premier League player is on what squad playing for whom.  There are plenty of experts out there who’re going to cheer for rational reasons, and bully for them.  All the more opportunity for the rest of us to find more creative ways to get excited about the games.

So over the next month, we at Choosy Beggars are going to throw our weight fully behind the World Cup — not because we love the game of soccer/football/futbol so much, but because we love getting excited about things, and we just need an excuse.  If Tina wants to cheer for the Danes over the Dutch this morning because Denmark has better tulips, and frankly the Dutch tulips are over-rated?  That’s just as good a reason as any to get lathered up about a soccer game on the other side of the world, and it gives us the chance to nose into what other things the Dutch and Danes get up to. 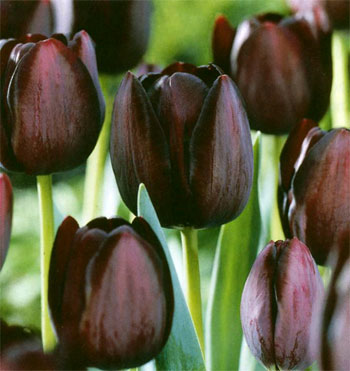 Above:  Suck it, Holland.

Do you have any idea how many COUNTRIES are involved in this thing?  How many people from everywhere are watching it?  The cultures involved, the emotions?  And therefore, the FOOD and the DRINKS?  There is not a pub, restaurant, piazza, square, place or circle in the world right now that isn’t full of people nibbling, biting, drinking and flat-out eating their way through the World Cup.

And we intend to enjoy every bite.  It’s World Cup Month at Choosy Beggars:  Get out your Angolan machete, we’re hacking our way to the goal.