What to Drink This Week: Sloe gin

This one is simple, everybody:  Sloe gin is freaking (because Tina said I shouldn’t swear as much any more) beautiful. Simply, it is gorgeous, and we should all have a bottle for that reason if not any other. 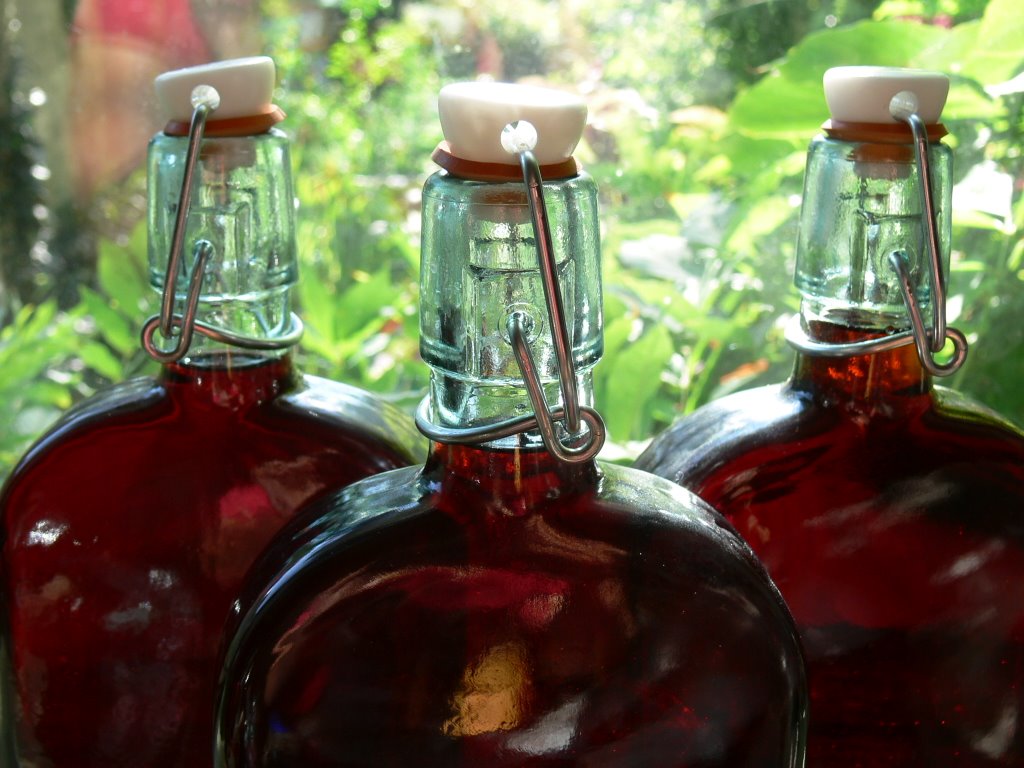 But I suppose a 39-word article might be a bit light, so why don’t I go into a little more depth?  We’re very big fans of infusions here at Choosy Beggars, and you already know our feelings about gin.  So it’s impossible for me not to love sloe gin, which combine the lovely purple fruitiness of a sloe berry with the complex beauty of Colonialism’s favorite liquor.

Infusion is a process that is excruciating and yet so rewarding, when it’s done with the careful complement of flavors in mind.  Yeah, everyone is dropping bacon strips into bottles of bourbon these days and that’s great — we should all drink an oaky brown liquor with maple-smoked pig in it at least once, and I’m not kidding even in the slightest about that.  But once is about all that you’ll want to drink bacon-flavored whiskey, no matter how awesome it sounds when you’re making it.

It’s a process like marinating, the transfer of flavors from one vessel to another as facilitated by sugar and salt.  You can go heavy and big, or you can go subtle and complex — and when you’re dealing with gin, a liquor whose very foundation is intricate flavors, the latter is definitely the more appetizing challenge.

Sloe gin has the texture and sweetness of a port, but the complexity and warmth of a Scotch.  The herbal notes and uppity alcohol of gin are always there, but the introduction of this odd, hostile little berry turn everything on its head:  this is a drink that needs no mix, that can be sipped with pleasure, and which is altogether wonderful for warming the belly. 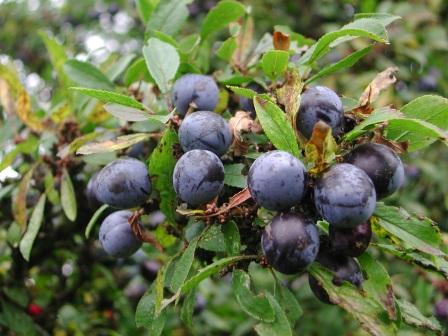 To appreciate it properly, it’s important to share a little about what a sloe actually is.   The fruit of the blackthorn bush, which is native to Europe and North Africa (though these days sloes are also grown near the Great Lakes and even in Chile), sloes are stone fruits that kind of look like plums.  They generally come into season in late October or early November, and are picked after they’ve been a little scorched by the first frosts.

Unlike plums, though, sloes are the kind of fruit that will cause your mouth to cave in on itself — I think the technical term is “astringent” — with the same kind of sensation you might experience if you were unfortunate enough to eat a banana peel.  The frost pulls some of that puckeriness out, but in the end this is sort of like a bush-borne stone-fruit version of the cranberry:  eating sloe berries raw is, in the end, not at all the way to go about it.

But!  Oh, but when they’ve had a little of the sourness tugged out of them by the chilly weather, and they’ve been swimming around in gin and sugar for a couple of months… oh, that is something.

It seems to be a tradition among nearly every culture that, if something isn’t entirely pleasant to eat right away, you should probably ferment and drink it. Agave, sugar cane, cereal grains — you name it, if it’s difficult to eat, then it can probably be decayed into something that releases fluids awesome to guzzle.  What I love about sloe gin is that at some point, someone decided they simply could not wait for those sour little plum fruits to turn, so they just rammed them right into the nearest Dutch Courage they could find.

And rightfully, because the results are rich, subtle and beautiful. 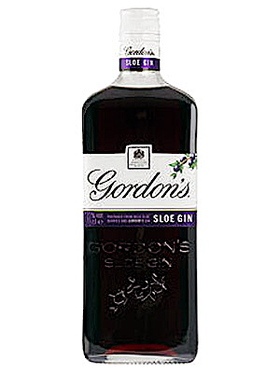 Now is about the time when most home-crafters will be breaking out their sloe gins from last autumn, having bottled them before Christmas and tended to them carefully.  Infusing takes between 8 and 12 weeks, and follows these basic steps:

Sloe berries are several months out of season now, so unless you happen to be friendly with covert liquor producers in your neighborhood, you can also buy sloe gin, though it may take a bit of effort.   One word of warning:  There’re premium brands, like Plymouth and Gordon’s, who you can reasonably assume are authentic; however, there are many others that are more flavored grain liquors, like the infused vodkas that’re now so common and hangover-inducing.

But when you get the good stuff, hoo-boy, it is the kind of winter warmer that will become one of the few bright spots in this otherwise emotionally-crushing wasteland called — pfffft — “January.”

Tags Gin, liquor, sloe gin, what to drink this week, wish I'd made this two months ago